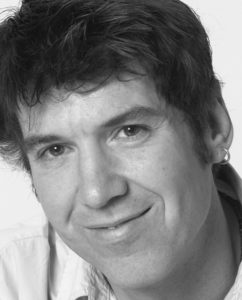 Tom Teeley has starred as George Harrison in both the Broadway production of Beatlemania as well as the film version. His vocal impersonations of numerous other rock icons have also been featured in many television ads as well as other Broadway productions. He has released solo works on the A&M record label, written songs for artists such as Alice Cooper, as well as touring the world as singer-guitarist for Joe Jackson, Marshall Crenshaw and many others. Tom still enjoys recreating the classic Beatles recordings in a live performance setting, most recently working in tandem with Geoff Emerick,the chief engineer for the Beatles at Abbey Road studios, as musical consultant and performer, in the British production “Sessions at Abbey Road.”