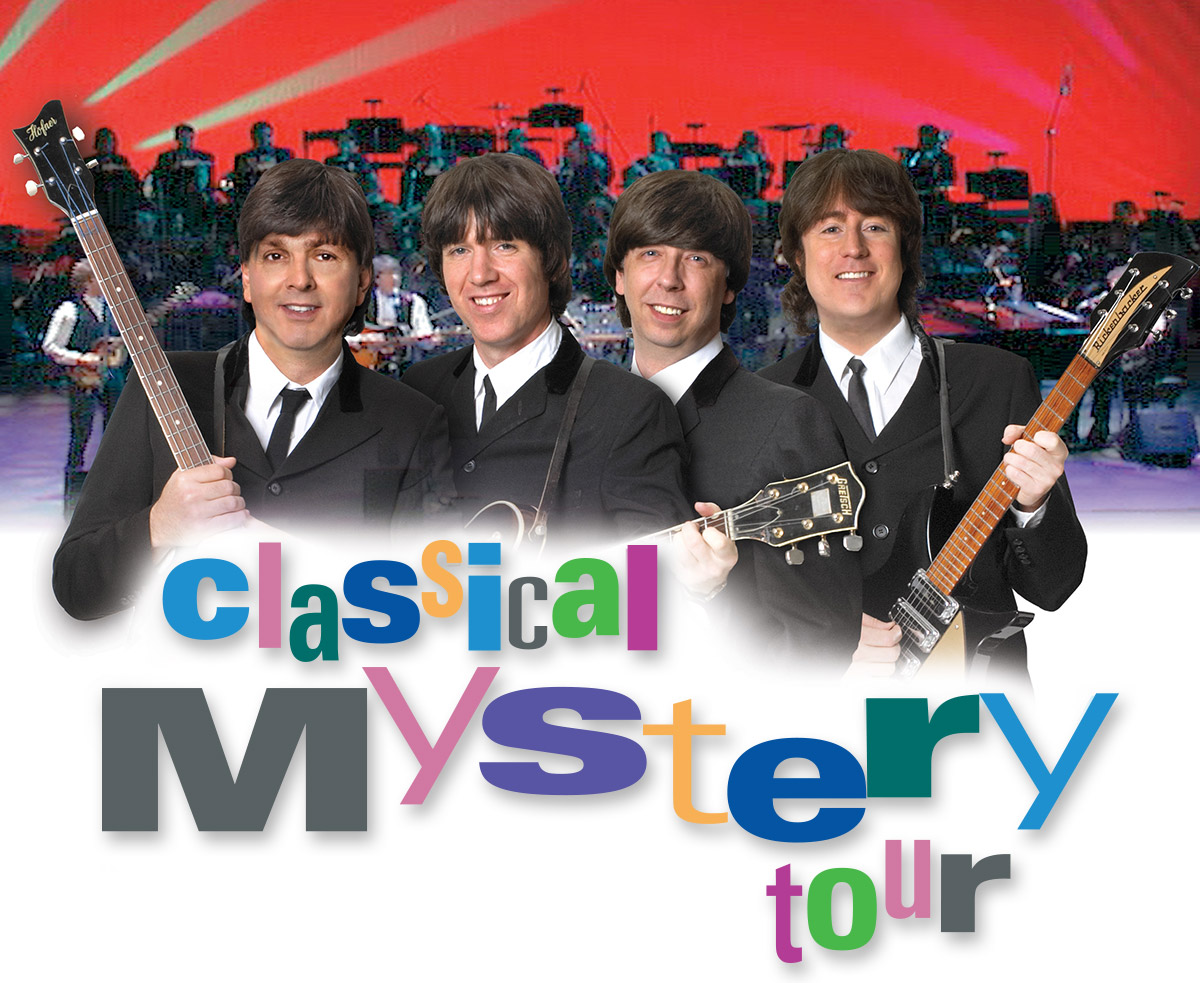 A tribute to The Beatles,
backed by a Symphony Orchestra.

Imagine The Beatles playing in concert with a symphony orchestra. What would that have sounded like? Find out for yourself when Classical Mystery Tour performs live in concert.

“These four musicians are jaw-droppingly accurate…the concept is a Beatles concert if the lads had been accompanied by a gifted symphony orchestra.” – Cape Cod Times

The four musicians in Classical Mystery Tour look and sound just like The Beatles, but Classical Mystery Tour is more than just a rock concert. The full show presents some two dozen Beatles tunes sung, played, and performed exactly as they were written. Hear “Penny Lane” with a live trumpet section; experience the beauty of “Yesterday” with an acoustic guitar and string quartet; enjoy the rock/classical blend on the hard edged “I Am the Walrus.” From early Beatles music on through the solo years, Classical Mystery Tour is the best of The Beatles like you’ve never heard them: totally live.

Classical Mystery Tour has been delighting pops audiences for more than 22 years, performing concerts with more than 100 orchestras in the U.S., Canada, Europe, Asia, and Australia. The group played sold out concerts at the Sydney Opera House, and has performed with America’s most prestigious orchestras, including the Cleveland Orchestra, The Boston Pops, The Philadelphia Orchestra, The San Francisco Symphony, and many more.